After working with reading, writing, and modeling decimals, we moved into adding and subtracting decimals. I took the approach of money, because it relates to this math concept really well, plus money is familiar to them. After working through equations together as a class and discussing the importance of decimal place value when adding and subtracting, partnerships were created (predetermined partners is a great way to differentiate!). Once everyone had found their work space, I introduced the task: Shop Local.

Each partnership was given a printout of an ad from a local grocery store. Using the ad, they would solve a series of real world grocery shopping problems, requiring adding, subtracting, and occasionally multiple steps.

Allowing my students to work in partners, on a task that was relevant, really increased engagement. It was fun to wander around the classroom and listen to the conversations and their operational reasoning, while helping students think through common misconceptions. 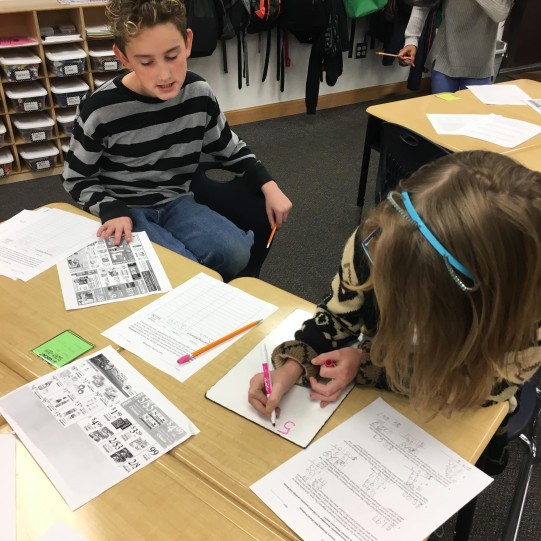 Although this activity did take some prep, and will change a little year to year, it was a simple task with high student engagement!